Man survived and explored. He grew, thought, dreamed, created and destroyed. He leaped to the moon, spanned the outer spaces, fathomed the oceans and penetrated the atom.

It should have been a perfect world. It is not.

Almost every thing man created since his existence is falling apart with an urgency that was never before. The root-cause of this crisis is neither social nor political, neither economic nor religious.
It is an "Evolutionary Crisis", says Sri Aurobindo.

The 'imperfection' of man cannot be the end of millions of years of God's labour. It must go on...

"Man is a transitional being", said Sri Aurobindo, and for the first time in the history of the earth,
man now has the chance to exceed himself consciously; to make the choice to become
part of an accelerated evolution; to aspire and emerge as a New Being. 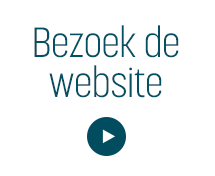